The History of Parker Knoll

A story of time honoured innovation!

There is something special about heritage, when only few can say their family business truly has it.

Parker Knoll is one of these examples, having been in business for 147 years to the present day and, in part, innovated most of the relaxing technologies you know today. Throughout the span of this companies’ existence the world has seen wars, discovery and all sorts of drama.

It all started back in 1869 with Fredrick Parker, aged 24, with inspiration to innovate and create the finest furnishings available. Growing steadily, the company took on 3 of his son’s as innovators and had moved into a new premises in London by 1975.

Troubled times struck the world in the early 1900’s, starting what would become known as World War One, the ‘Great War’. Despite this, demand grew for Parker furniture. He eventually moved his business to an even bigger premises in High Wycombe and received an order to furnish the Palladian Lounge on the RMS Aquitania. This was the biggest – and coolest – order they had seen yet and marked the start of gaining the respect of the upper class as a bespoke furnishings company.

In 1929 Parker’s sons took over, meeting an ex-German fighter pilot, Willi Knoll, in the late 20’s. His experience of discomfort sitting in his aircraft lead to his innovations in comfort and the resulting partnership between the Parker company and Knoll in the early 1930s led to the innovation of luxury spring furniture, as well as the creation of Parker Knoll as a brand!

Parker Knoll was the first company to advertise nationally and achieved great success. Their reputation was renowned and their man-on-spring advert became quite famous. At the same time they were visited by royalty when participating in the British Industries Fair, and in 1932 they were commissioned to fully-furnish the new BBC HQ.

In 1939 the world was again ravaged by war. The advent of WW2 led to all UK factories being called into assistance to manufacture for the war effort. Parker Knoll aided in the manufacture of aircraft in 1940 – presumably with emphasis on seating where possible.

After the war ended in 1945, the West accepted a new period of design influence. Parker Knoll’s “Penshurst” chair represented Knoll’s new spring technologies emerging onto the consumer market in the 1950’s, with the chair receiving great success and popularity. The next great technological adventure for Parker Knoll was the “Cornwell Norton” recliner – The first of new generation recliners to reach the market in the UK.

Leaping forward to the 1970s, Parker Knoll suffered a dreadful fire at their main facility, but this didn’t stop the determined company. They were back to producing 3 weeks later at a new residence. The fruits of their labour – the “Statesman Chair” impressed audiences at the Annual Furniture Exhibition. The contemporary design remains modern today.
Since then, Parker Knoll has risen to prominence. Named the Number 1 UK furniture company and the market leader in recliners and fireside chairs, they have gone from strength to strength.

They currently have several new collections out displaying for worldwide audiences in Milan and have continued to grow to new heights – including the occupation of their new 2016 100,000 square foot manufacturing facility in Nottinghamshire which opened in 2016. 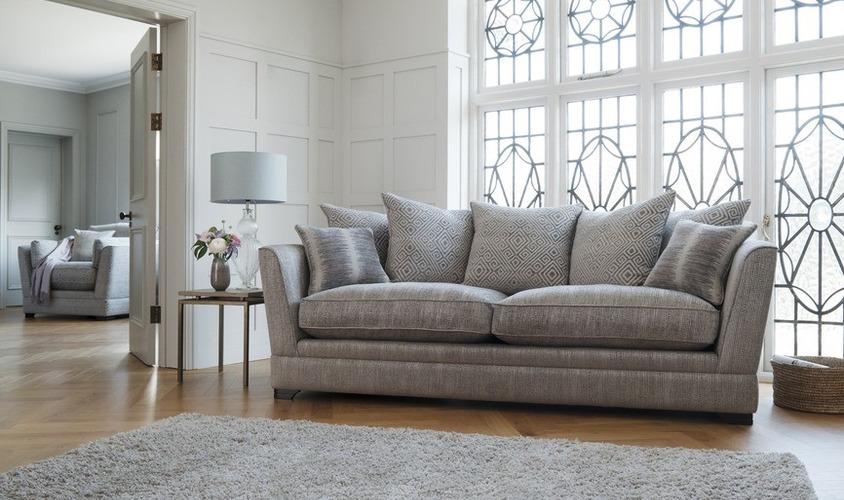